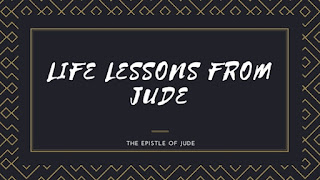 Jude illustrates acts of service for a believer towards an unbeliever by saying that a believer should be merciful towards those who doubt. Mercy is simply showing compassion or forgiveness toward someone whom it is within one’s power to punish or not giving someone what they deserve. It is easy to become very critical/judgmental toward someone who doubts. Especially if they doubt something that you are convinced is very true. For example, when someone doubts God’s gift of Salvation.

Luke 6:36 (NIV)
Be merciful, just as your Father is merciful.
Instead of being critical or judgmental, you will be moved with compassion towards them and begin sharing the love of God with them. By so doing, you will be emulating Christ in your actions.

Jude further teaches us to save some, by snatching them as from the very flames of hell itself. By bringing the message of salvation to them, that is how we snatch them from the flames of hell. The message of salvation can cause them to re-evaluate their belief system and now chose to follow Christ. Tell them about the following scriptures and more;

John 3:16-17 (NIV)
For God so loved the world that he gave his one and only Son, that whoever believes in him shall not perish but have eternal life. For God did not send his Son into the world to condemn the world, but to save the world through him.

Romans 10:9 (NIV)
If you declare with your mouth, “Jesus is Lord,”, and believe in your heart that God raised him from the dead, you will be saved.

- January 21, 2018
Email ThisBlogThis!Share to TwitterShare to FacebookShare to Pinterest